If you are a recently laid off and otherwise competitive applicant, MBA programs want YOU!

Are you a tech worker who just got laid off from Meta, Twitter, Facebook, Stripe, or a similar company? Were you thinking of getting an MBA before and/or since the layoff? Well, what started as a trickle with Northwestern University–Kellogg School of Management and MIT Sloan has turned into a river, and may turn into a flood.

Here is a list of the changes full-time MBA programs are making to accommodate and attract recently laid off workers.

On November 14, 2022, Lindsay Ellis of the The Wall Street Journal broke the news that Kellogg is waiving its test requirement for “employees who were laid off this quarter at a company in the tech sector and are applying to full-time graduate degrees, including the two-year M.B.A., by a mid-January deadline.”

Kellogg, like many top MBA programs, experienced a surge in applications when COVID hit due the soaring unemployment rate. At the same time, and due mostly to difficulties in accessing a test, it waived its test requirement. That year, applications to Kellogg and other top-ranking M.B.A. programs, including University of Pennsylvania’s Wharton School, Columbia Business School and MIT Sloan School of Management, rose significantly. 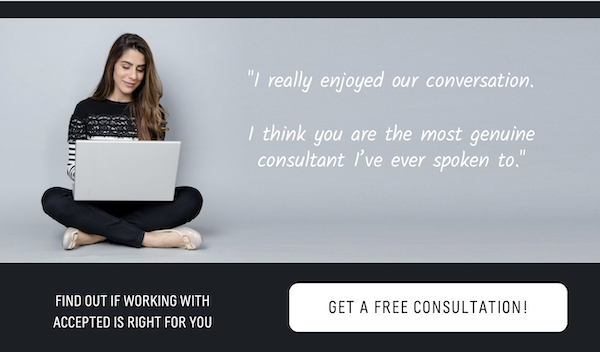 Since then Kellogg restored the test requirement and unemployment took a deep dive. This past cycle, like many other top MBA programs, it experienced a drop in applications. With a very tight labor market and the test requirement back in place, Kellogg experienced an 18% plunge in application volume last year. Many in admissions expect either flat application volume this cycle or a further drop depending again on the economy.

Quoting the WSJ article, “Accustomed to jobs with six-figure salaries, big equity packages and other perks, many tech workers have had a particular incentive to stay on the job in recent years.” Now, with tech workers losing their jobs by the thousands, MBA programs are seizing the opportunity to recruit students from an already talented pool of candidates.

Kellogg’s associate dean of degree programs, Greg Haniffee, said that the school decided to waive tests earlier in November after Twitter began cutting its workforce in half. Again from the article: “These folks were high performers and are now at a pivot point in their life,” he said. “If they’re considering business school, removing this barrier could benefit them.”

Kellogg’s offer to waive the GRE or GMAT requirement for applicants recently laid off from the tech sector is open to Kellogg’s Round 2 applications for full-time and part-time programs. In a blog post from November 14, Hanifee wrote that these newly available candidates “can apply to Kellogg by providing their transcripts, resume and application which will also include a brief essay on their work experience and most recent role as well as what they hope their transformation will be and how it will advance them. . . We hope this offer will allow some people to speed up their career transformation process.”

Unlike in 2020, when Kellogg waived the test requirement for all applicants, Kellogg is treading more carefully now by targeting a select applicant pool with proven capabilities who will be competitive job seekers. These recently laid-off workers had demanding roles until just a few weeks ago, and their skills, when combined with an MBA, will probably be in demand. It’s understandable that Kellogg is comfortable relying on their transcript as evidence of academic ability (or lack thereof). They probably don’t need the test score.

Kellogg’s move presents an opportunity for laid-off tech talent who would do well to consider what may be a rare and perhaps fleeting offer. Kellogg is already a techie haven, with seventeen percent of its newest MBA class coming from tech, and one-fifth of its 2022 graduating class having gone into the sector.

As Accepted founder and CEO Linda Abraham noted in Poets and Quant’s “For these recently laid-off workers, who until the last few weeks had positions that were demanding and whose skills when combined with an MBA will probably be in demand, Kellogg is comfortable relying on their transcript as evidence of academic ability (or lack thereof). They don’t need the test score. Getting these kinds of jobs is in and of itself a test.”

With this move, Kellogg is hoping to boost its pool of qualified applicants while easing the decline in application volume.

MIT Sloan has its own approach to attracting and accommodating recently laid off workers.

In an interview on November 17 with Linda Abraham, who is also the host of the Admission Straight Talk podcast, MIT Sloan’s Assistant Dean of Admissions, Dawna Levenson announced that MIT Sloan will extend its Round 2 deadline to Feb 23, 2023 for laid off workers. The move gives potential applicants who were not anticipating a layoff and are interested in the MBA time to prepare for the GRE or GMAT, take the test, and submit an excellent application this cycle.

In addition to having the data point that the test score provides, MIT Sloan may also be attempting to avoid the criticism that Kellogg received for its test waiver. In a lively discussion on LinkedIn about Kellogg’s move, many felt that it is unfair to require the test for some applicants and not for others. People who worked or work at those same companies and applied for Round 1 must take the test. Employees of those firms who were not laid off still must take the test. With its extended deadline, MIT Sloan is getting the data it values, showing understanding for recently laid off workers, and probably increasing its applicant pool.

The complete interview with Dawna Levenson aired on November 29.

With so many changes in the world of MBA Admissions, why not get expert guidance that is tailor-made for you? Our consultants have helped thousands of applicants get ACCEPTED to top MBA schools–and they can do the same for you. Check out our menu of MBA services to pick the one that is just right for you! We’re here to help you GET ACCEPTED.

For 25 years, Accepted has helped business school applicants gain acceptance to top programs. Our outstanding team of MBA admissions consultants features former business school admissions directors and professional writers who have guided our clients to admission at top MBA, EMBA, and other graduate business programs worldwide including Harvard, Stanford, Wharton, Booth, INSEAD, London Business School, and many more. Want an MBA admissions expert to help you get Accepted? Click here to get in touch!

3. When Will Medical Schools Give You an Answer?

6. How to Write a Goal Statement for Graduate School

8. How to Write Your Master’s in Engineering Statement of Purpose