Speak with an Accepted admissions expert for FREE!

Beginning in the fall of 2025, law school applicants may be able to skip the formidable task of studying for and taking the LSAT. That is when the American Bar Association will no longer obligate applicants to their accredited law schools to take this or any other standardized admissions test. By an overwhelming margin of 15-1, the ABA’s council voted to axe the requirement. Only last year did the ABA allow law schools to accept the Graduate Record Examination (GRE) in lieu of the LSAT exam.

The announcement came during a week with a deluge of announcements from the world of higher education that were clearly linked to concerns over whether standardized tests help or hinder diversity in admissions.

Pros and cons of the LSAT requirement

“The LSAT has long been a barometer not only of how well students will perform while in law school, but also how well they will perform on the bar exam,” observed Linda Abraham, Founder and President of Accepted. Abraham cited a study by Above the Law that showed a correlation between a school’s bar passage rate and its average LSAT score.

Linda also said that the ABA’s decision as well as many top law schools’ withdrawal from the US News Rankings are clear indications that schools of higher education are preparing for the U.S. Supreme Court to rule on whether race can be a factor in college admissions.

A Wall Street Journal article about the ABA move quoted Leo Martinez, an ABA council member and dean emeritus at University of California, Hastings College of the Law, who said, “In the grand scheme of things, folks of color perform less well on the LSAT than not, and for that reason, I think we are headed in the right direction. “I am sympathetic that it gives people like me a chance.”

During a period where the ABA invited public comments, many law professors and prospective law students supported dropping the test requirement. The article quoted a female of color whose LSAT tutoring did not help her earn a competitive score and who wrote, “I would hate to give up on my dream of becoming a family lawyer, just due to not being able to successfully handle this test.”

The decision is controversial. The Law School Admission Council, which administers the LSAT, and ETS, a nonprofit education testing service, told the ABA council that the decision would “ultimately hurt the legal profession” by accepting students unprepared to succeed, according to the article:

“Coalitions of admissions officers and university deans warned of unintended consequences if the testing requirement were dropped.

“‘We believe that removal of the testing requirement could actually increase the very disparities proponents seek to reduce by increasing the influence of bias in the review process,” Kristin Theis-Alvarez, assistant dean of admissions and financial aid at University of California, Berkeley, School of Law, said in a submission on behalf of dozens of university officials.

They argued that eliminating the test could lead to an overreliance on grade-point average and other criteria they say could be “infused with bias.’” 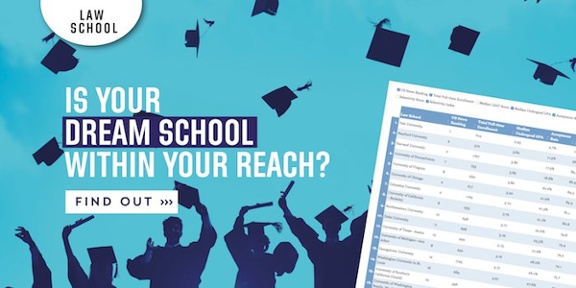 Will law schools require the LSAT?

While each law school can choose whether to maintain a test requirement, a survey of 82 law schools released the week of November 14 by Kaplan Inc., revealed that 30 of them were “very likely” to continue to require tests while 37 said they were undecided. Only two schools said they would be very unlikely to continue requiring an admission exam.

The WSJ concluded by quoting John Pierre, chancellor of Southern University Law Center, a historically black university in Baton Rouge, La., who said that he supported the ABA change but his university would continue to use the LSAT for prospective students, regardless.

Should YOU take the LSAT if it’s not required?

You will need to take the LSAT if any of your target programs require it. No choice.

However, what should you do if none of the programs require it? Should you take it anyway?

That will depend on the rest of your qualifications. If you have excellent grades or other evidence you can handle law school and the bar, relevant experience, leadership, and demonstrated writing ability, you can probably apply successfully without the LSAT.

However, you will need to show law schools that you can succeed both while walking their hallowed halls and beyond. Schools don’t want their students to drop out or be unable to pass the bar. Those completion and bar passage stats can recommend a program or impugn its reputation. Admissions committees admit students who will make their schools look good. If you do not take the LSAT, you will have to evidence your abilities in some other way.

If you take the position that you don’t want to take the LSAT because you are a poor test-taker and don’t want to study and prepare for it, you will only apply to programs that don’t require the LSAT when that option is available to you. Realize that in most states you will still need to take the bar exam. It is a difficult exam. If you attend law school and fail the bar, you will have incurred six figures in debt or spent that much in tuition and still be unable to practice law. In other words, the LSAT may be an effective, and far less expensive, reality check.

Wouldn’t you like to take the guesswork out of the law school admissions process? You can! Our knowledgeable, experienced, and supportive consultants will guide you in school selection and application planning. Why not check out our menu of services that you can tailor for your specific needs? We are here to help you GET ACCEPTED!

2. 4 Ways to Show How You’ll Contribute in the Future

5. When Will Medical Schools Give You an Answer?

7. Tips for Answering the University of Pennsylvania Supplemental Essay Prompts [2022-2023]